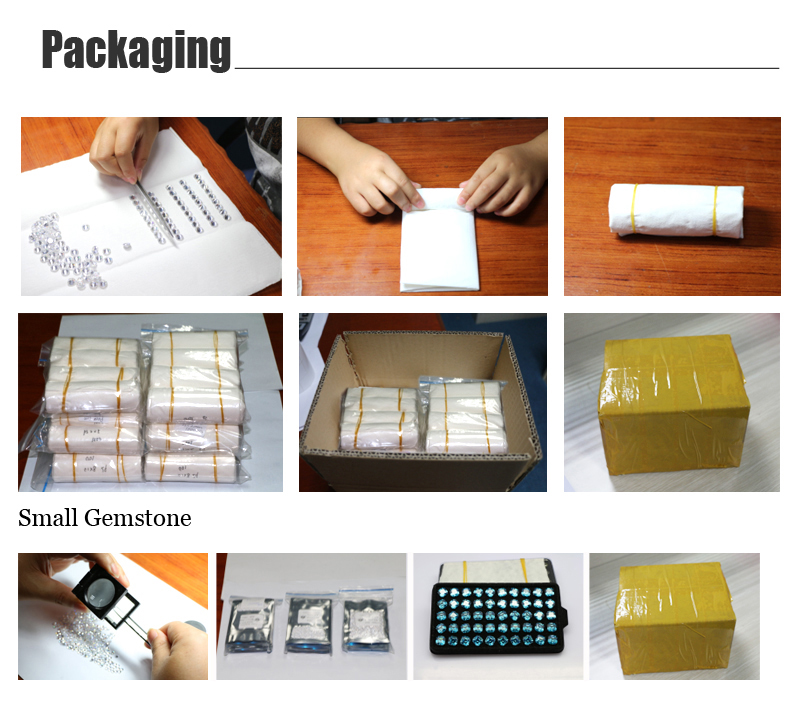 Moissanite was first discovered in 1893 by a French scientist named Henri Moissan, who later won the Nobel Prize in Chemistry. He discovered the gem that would eventually bear his name in Arizona, in a crater created by a meteorite that fell to earth. He initially thought that he had discovered diamonds, but later determined that the crystals were composed of silicon carbide.

It is engineered to give the illusion of similarity to diamonds, but is compositionally and visually quite different from a real diamond.

Comparison with Other Gemstones:

Gemstones are measured on the Mohs Scale of Hardness, which assesses a gem’s ability to withstand surface scratching. On this scale, moissanite scores a 9.25, a very good score that makes it one of the hardest substances on earth, and very suitable for every day wear as an engagement ring. However diamonds are the hardest known mineral and receive a 10, while sapphires score a 9 on the hardness scale.

Moissanites exhibit a different kind of brilliance than diamonds do, as the faceting pattern is different. The fiery, rainbow flashes emitted by moissanite are beloved by some, but others complain that moissanite’s heightened brilliance can create a “disco ball” effect, especially in sunlight. The bigger the moissanite, the more likely it is that the difference will be noticeable. This different type of brilliance is what makes it possible to distinguish a moissanite from a real diamond.

Is moissanite a diamond?

Moissanite is NOT a diamond. Yet they get confused so often because they are practically indistinguishable by the naked eye. In fact, even under a microscope they are rarely different. A gemologist has to have a special tool to determine if a stone is a diamond or moissanite.

Many people wonder “Can you tell moissanite is not a diamond?”. 20/20 did an investigation where they took a moissanite ring to 10 different jewelers. Half of them declared it was a real diamond. Even their diamond detectors tested positive!

Moissanite has some incredible properties that make it ideal for jewelry  In fact, it is more brilliant (sparkles) and more fiery (rainbow colors) than a diamond. While diamonds have imperfections that must be measured (the 4 C’s), moissanite is created as perfect – no inclusions, no cloudiness, no worries. When you pick out a diamond you must examine it carefully to make sure you are aware of the imperfections, yet with a moissanite you can rest assured knowing it’s flawless.

Not exactly what you want? 1 request, multiple quotations Get Quotations Now >>